It just keeps getting better for Adam Lambert. Right after rocking the stage at Universal Resort in Orlando, the 34-year-old sat down with “Extra’s” Mario Lopez, telling us he is back with brand-new music and getting ready to perform live on the show that made him famous this Thursday.

The “American Idol” alum revealed he knows what he is going to sing, but wants to keep it a “surprise.”

The singer has transformed his look since his days on “Idol,” looking more fit than ever. His secret? “It’s all thanks to being on tour. You know, I’m doing a lot of shows. [It] keeps me healthy, keeps me in shape. I’m sweating my face off every night, but it feels good.” 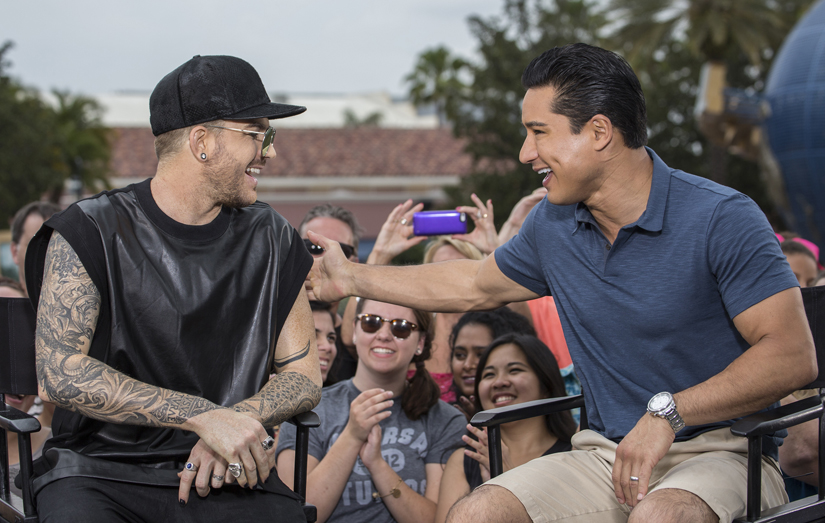 He’s feeling good and looking good, too, with a bunch of new tattoos. He admitted, “I am fully addicted to tattoos.” Showing off his ink, Adam said, “I started on this arm and worked my way up. I went over to this.” He went on, “I think it looks cool and I’ve met a couple of tattoo artists, I follow them on Instagram and I like their work, so the guy who did all this stuff, I sat down with him and was like, ‘Make me look cool!’"

The singer also opened up to Mario about being on the road and touring. “Things are amazing, fans have been so passionate and loud.” His favorite thing is seeing all his fans. “Unless you’re on an official tour, you don’t get to connect with fans.”

Lambert dished on that Glamberts can expect “a lot of hootin’ and hollering, a lot of screaming, a lot of hits that you’ve heard before on the radio, songs you might not know as well — we’re doing a few covers.” One of those covers is a tribute to David Bowie. “I’ve been doing a David Bowie song in honor of the late great; I’ve been doing ‘Let’s Dance.’” 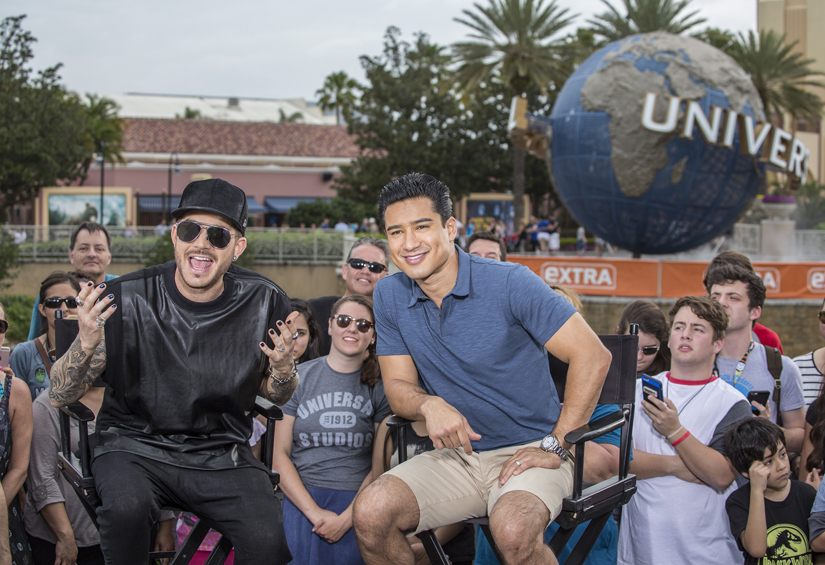 On the topic of covering Queen, with whom he has toured and collaborated, Adam said, “I was really nervous… But I gotta say Brian [May] and Roger [Taylor] welcomed me with open arms."

Tune in to “Extra” March 22 for more of Mario’s one-on-one with Adam Lambert.